Do you know about pesto? It happens when you make a paste out of leaves*, nuts, oil and cheese. If you're thinking that this recipe sounds like it's from a Middle Earth Cookbook entitled "Surviving With Scraps" I agree with you.


Pesto sauce is used to desecrate pasta but some adults eat it with bread in lieu of traveling to feel cultured. Pesto is also one of the many foods that make people feel rich. An adult's wallet could be empty and they could have no furniture but if they were eating pesto they'd feel like they're doing ok in life.

Pesto can also be used as a marinade. A marinade, also known as a marination, is when two foods are left alone to fight. The stronger food kills the weaker and forces it to take on its flavors. This is exactly how shapeshifters work which is why I'm against all marinades including pesto. I put my feelings aside for the purpose of this review.

Pasta with pesto is a popular dinner. Unfortunately this is precisely the the kind of meal that would drive a normally good child to hit an infant. I don't believe in violence against babies, no matter how full of hate they make you feel, but I could see how this food could make weapons out of your hands.

What does pesto look like, reviewer? (I'm the reviewer let me do it.) Pesto looks like something you would collect at the river's edge with bucket. You would use a shovel too because you wouldn't want the river trash to get on your hands. It would be a bright sunny day but also a dream in your head because you never go anywhere.

Pesto is shiny like some peoples' foreheads. The green is the same color as the bad guy in How The Grinch Stole Christmas. I would make a sequel called How Pesto Stole Dessert but it wouldn't be funny. One other thing I don't like about pesto is that it misleadingly smells like pizza. You can't build a relationship on a lie.

What does pesto taste like, reviewer? I didn't actually have a chance to taste pesto on account of it losing so many points in the looks and smells department. I felt like I was going to throw up. Why do you think I should risk my health for you?

If you feel like cooking pesto for your family I have some other suggestions:

Still want to make pesto? Ask someone you trust to relieve you of your kitchen duties for the time being. You're too selfish for this responsibility. 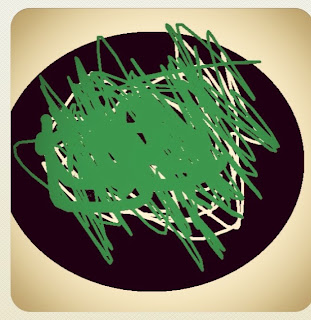 *I just want to say that if you eat pesto but would scrape a park leaf out of your child's mouth with your claw-like hands, you're a hypocrite.

This is not a sponsored post. Pesto did not pay me to say these things.